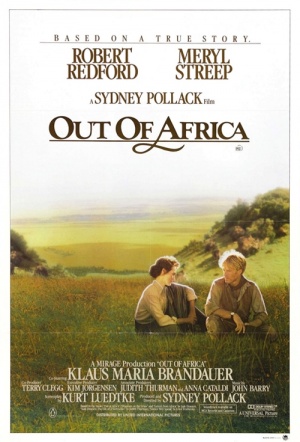 Based on the autobiographical book by Danish Baroness Karen Blixen. After moving to pre-WWI Kenya with her bore of a husband, the love-less marriage dissolves. She befriends the locals and eventually romances big game hunter Denys (Redford).

Out of Africa / Reviews

Maybe the problem of the pacing is simply the nature of the beast these days with expensive period pieces.

With the exception of Miss Streep's performance, the pleasures of Out of Africa are all peripheral.

It is a movie with the courage to be about complex, sweeping emotions, and to use the star power of its actors without apology.

How long before a black person in a film taking Africa as its subject gets to play something other than a savage or a slave?