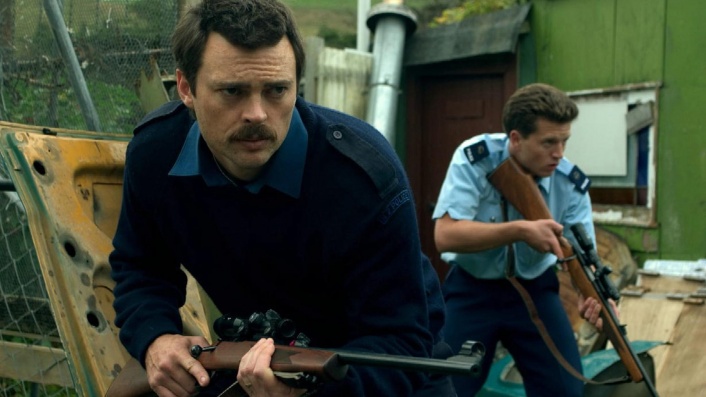 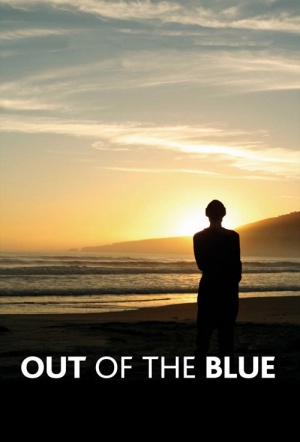 Based on the true & inexplicable events of Aramoana, November 13 1990: our country's largest mass murder. 13 people died from the gun of David Gray.

The film begins by hopscotching across the small costal town’s various characters. One clearly stands out: the reclusive and increasingly paranoid Gray (Sunderland). An ongoing feud between Gray and his neighbour erupts in a shouting match about half an hour into the film. He cusses, goes back inside, re-appears a second later with a gun, and shoots his neighbour. His sudden & violent rampage begins and no one is spared, from children to the elderly.

The film focuses on the action of the stunned locals and under prepared police, trying to cope with the 22 hours while Gray was at large.
Best Film, Director, Actor (Sunderland), Supporting Actor (Urban), Cinematography and Editing at the NZ Film Awards 2008.
2006Rating: R15, contains violence & content that may disturb110 minsNew Zealand
DramaThrillerTrue Story & Biography

Out Of The Blue / Reviews

An effectively harrowing and non-exploitative recap of real-life events... Chilling, often moving docudrama focuses not so much on the mayhem or murderer, but on the bewildered, occasionally courageous reactions of ordinary citizens caught in the inexplicable violence...

It can show us what it felt like to be there. And if that makes it a film to be survived more than enjoyed, it also means it's succeeded as one of the most powerful pieces of New Zealand cinema in an age...

With Out of the Blue, Rob Sarkies cements his place among our great film makers, crafting, in my view, the most important new zealand film ever made...

In its distilled, composed articulation of tragedy amidst a prolonged drought of truly courageous local films, Out of the Blue can perhaps in time, be considered something of a watershed in New Zealand cinema. It is far too important to avoid, though may be too painful for some. It is at once paralysing and cathartic. I don’t think I’ll ever see it again...

A thoughtful and sensitive dramatisation of one of New Zealand's blackest days... Unfortunately, the filmmakers' desire not to offend means the emotional impact of the film is somewhat muted...