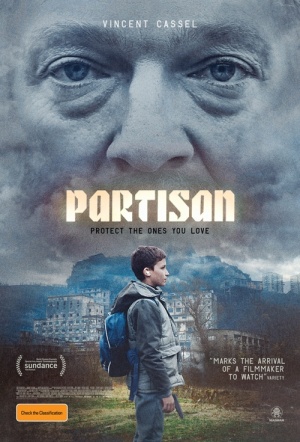 Vincent Cassel (Black Swan) leads this dramatic Australian thriller as Gregori, a father training his young, naïve, curious son Alexander to be an assassin. But as Alexander grows, he begins to stray away from Gregori’s ideals and starts seeing the world through his own eyes

"In his feature debut, Ariel Kleiman (a 2011 Sundance Film Festival Grand Jury Prize winner for his short film Deeper Than Yesterday) crisply constructs a fascinating hidden world, then casts innocuous moments, such as a karaoke party or a child playing with a paintball gun, in increasingly sinister light." (Sundance Film Festival)

You're never sure what the characters are capable of achieving and the bottled-up energy that comes out of that feeling runs throughout.

The script never gets beyond its vague metaphors and an earnest desire to make profound observations about human nature.

Conventional narrative detail is certainly not a requirement, and many directors can sustain a movie based on little more than suggestion and mood. But Partisan begins to feel like a short film treatment stretched beyond its limits.