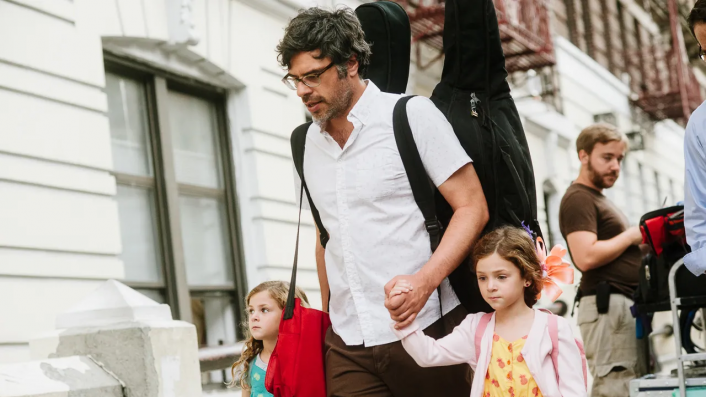 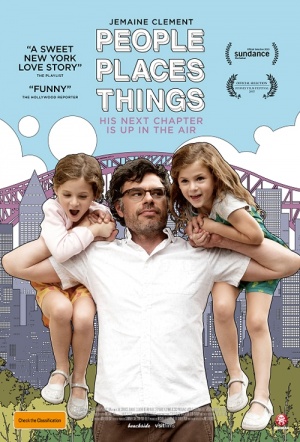 Jemaine Clement (What We Do in the Shadows) is a down-in-the-dumps dad with two daughters in this Sundance dramedy, suddenly made single-ish when his partner cheats on him with an off-Broadway monologist. More

"From the moment graphic novelist Will (Clement) accidentally walks in on his wife, Charlie, with another man, his life officially begins to suck. Not only is he exiled from Brooklyn to a tiny studio apartment in Astoria and forced to see his adorable twin daughters only on weekends, but, according to Charlie, the separation is all his fault. As he muddles through single fathering and teaching college, a defeated Will sits up nights at his drafting table, illustrating his frustrations and loneliness—aptly symbolised by an ever-growing brick wall jammed between him and his family. When a student challenges Will to pursue new people, places, and things, his obsessions—both graphic and real—take new form." (Sundance Film Festival)

Setting its sights on amiability over artistry, People Places Things offers an easy-going blend of comedy and drama that would be unremarkable, and almost certainly not playing cinemas, were it not for the presence of one Jemaine Clement. In this small-scale, New York-set, tale, Clement gets to stretch his wings in ways he doesn’t get to often enough – keeping his Kiwi accent for starters, and allowed to bring an understated awkwardness to proceedings that’s closer to earlier career efforts than recent over-the-top roles.

For a film with one eye on messy, real emotions, [it] undercuts itself with goofy humor.

A movie that, much like the insufferable Charlie, can't make up its mind about where to go or how to get there.

Clement’s unique comic timing and his character’s wonderful artwork add to this film...

A small film in the very best sense.

A superb, comically gifted cast helps writer-director Jim Strouse lift this quite a few cuts above his previous work as well as above the general run of films about modern life and relationships.

Has a real warmth and charm thanks to the undeniable appeal of comedian Jemaine Clement.

People Places Things is available to stream in New Zealand now on Google Play and Apple TV and Academy On Demand and AroVision.