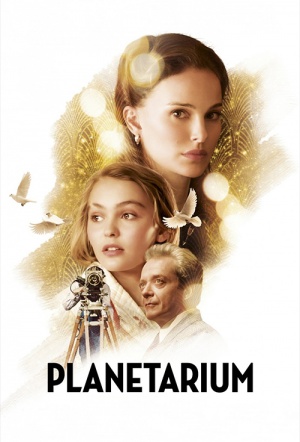 Natalie Portman and Lily-Rose Depp are sisters with the ability to contact the dead in this fantasy drama from French helmer Rebecca Zlotowski.

Kate and Laura Barlow (Portman and Depp) have just completed a world tour and at the close of the 1930s, they enter Paris to perform as psychic mediums. There, in the city of light, they catch the eye of film producer Korben (Emmanuel Salinger) who becomes obsessed with the idea of filming the supernatural. The sisters become embroiled in the world of cinema, blissfully unaware of the worldwide turmoil of the years to come." (Alliance Française French Film Festival)

Rebecca Zlotowski's third feature packs in so many ideas and themes, and boasts so many ravishing and enigmatic images, that it seems choked with riches.