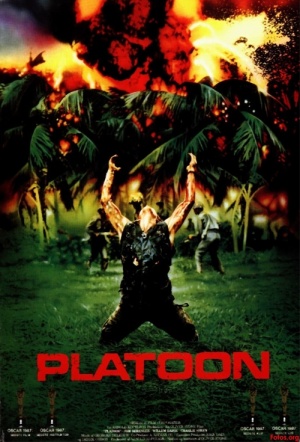 Oliver Stone's Oscar-winning (including Best Film and Director) Vietnam War drama following a young recruit (Charlie Sheen) facing a moral crisis when confronted with the horrors of warfare and the duality of man. Co-stars Willem Dafoe and Forest Whitaker.