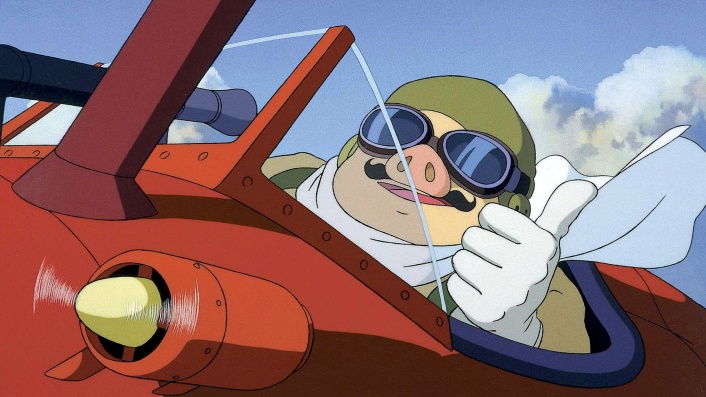 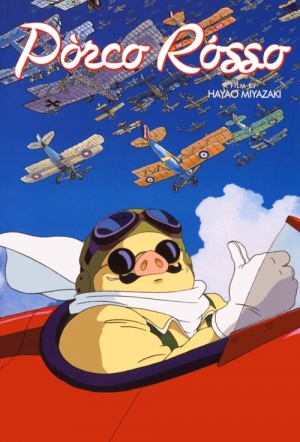 Hayao Miyazaki's (Spirited Away) animated children's adventure about Porco, a veteran WWI pilot in 1930s Italy, who has been cursed to look like a pig.

In 1930's Italy, air pirates, bounty hunters and high fliers rule the skies. The most cunning and skilled of these pilots is Porco Rosso. A former WWI fighter ace who has been cursed to look like a pig, he now makes a living as a bounty hunter in the Adriatic Sea, protecting the seas and rescuing those kidnapped by air pirates. When he is challenged by Curtis, an American ace who flies with the pirates, Porco Rosso is forced to defend his honour against the newcomer, which leads him to Fio, a feisty young female engineer who rebuilds Porco's plane for a final dogfight.

Smooshes fantasy and history into a pastel-pretty yarn as irresistible as his feminism.

It's solid Miyazaki, although he has reached greater heights both before and since.