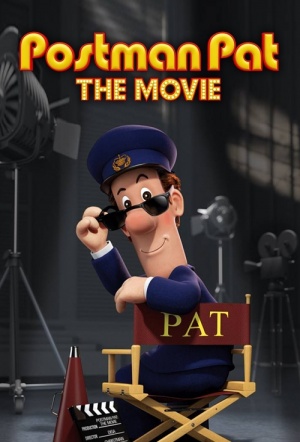 Pat (voiced by Stephen Mangan, Episodes) discovers auditions for TV talent show You're The One are being held nearby. He successfully makes it on to the show and is replaced on the mail run by Patbot 3000 robots. Malfunctioning, the bots start to turn against the residents of Greendale.

Without much in the way of nudge-wink Pixar-style humour and pathos, mums and dads are less likely to be quite so enthralled.

A weirdly convoluted premise takes this big-screen kids’ adventure a world away from the wholesome TV programme that delighted generations of children.

Viewers unencumbered by nostalgia will probably see this zippy, occasionally funny movie as no more frantic or pop-culture-addled than the average multiplex fodder.

There's nothing wrong with giving the iconic children's TV character a CGI makeover, but why did it have to go down the Simon Cowell route?

A mostly charmless and dark affair.