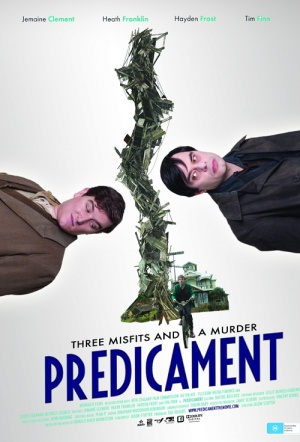 Shot in the ‘Naki, this is the only remaining unfilmed novel by late Hawera author Ronald Hugh Morrieson (Came a Hot Friday). Director Jason Stutter has had a long collaboration with Clement, from his debut feature Tongan Ninja through to 2009's Diagnosis: Death.

Predicament is set in a small South Taranaki town in the 1930s. The place might not be exactly author Ronald Hugh Morrieson's native Hawera, but it was probably close enough to enrage more than a few locals.

This is turning out to be quite a good year for New Zealand films. After the phenomenal local success of Boy, here we have another Kiwi movie well worth watching and next month will see the release of The Insatiable Moon.