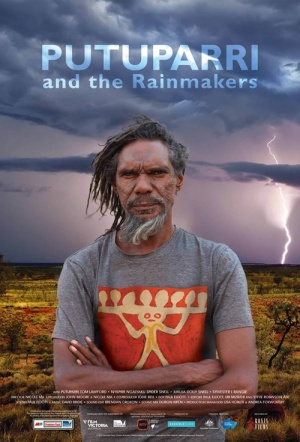 Personal documentary, set against the backdrop of Aboriginal land rights, following Tom 'Putuparri' Lawford - a man caught between two worlds: his past, where he battles with alcoholism and domestic violence; and his future as a leader of his people, reconnecting with his ancestral lands, learning his traditional culture and shouldering his responsibility to pass knowledge on to the next generation.

"Director Nicole Ma spent more than a decade documenting Putuparri's journey, travelling with him and his family on numerous occasions to Kurtal, in the Kimberley's Great Sandy Desert region – traditionally a site of great significance as a place where people ritually make rain – as they fight for their native title claim over the area." (Melbourne International Film Festival)