This is without a doubt the worst modern Bond so far, a franchise that has been outwitted and outgunned by the Bourne trilogy. In fact 'Quantum' is a pale pastiche of 'Ultimatum', guilty mostly of copying the latter's only major flaw, the extreme close quarter camera work that makes 90% of the action incomprehensible. At least Greengrass backed off often enough to remind us who the lead was; as far as I could tell Craig's stunt double carried this film, poaching most of 'Ultimatum's' set pieces including the rooftop chase sequence, the taking out 4 guys in a lift sequence, and the hotel room knife-on-knife fight. But the plagiarism doesn't end there. Haggis and his lazy co-writers even had the temerity to rip-off the famous Goldfinger moment where Bond finds his lover dead on the bed, substituting gold for oil.

It's an embarrassment, from the unimaginative opening credit sequence (Maurice Binder will be turning in his grave) to the last when finally, after 105 minutes of seen-it-before, we hear Monty Norman's iconic theme music - strangely missing in action throughout the entire body of the film. Not that it would have saved Craig's terminal pout. I feel utterly sucked in. 'Casino' offered us great promise of things to come, but this sequel left me colder than Dame Dench's steely glare. The Bond girl was plastic, the antagonist was one dimensional and the plot was made of an even thinner synthetic. M needs to retire Broccoli immediately. And with extreme prejudice.

Bring on the 'Bourne Legacy', 'Betrayal', 'Sanction' and 'Deception'.
0 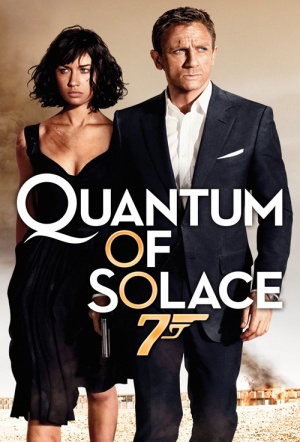