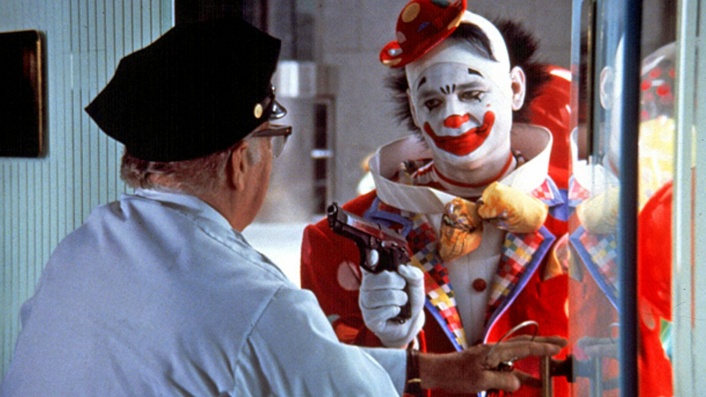 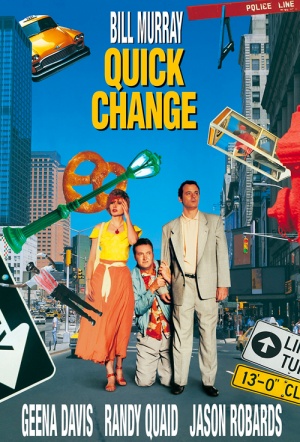 Bill Murray stars in (and co-directs) this crime comedy, set in the wake of a bank robbery. Despite the heist going to plan, things become unstuck when the robbers find one mishap after another thwarting their escape from New York.

Dressed as a clown, Grimm (Murray) steals one million dollars from a Manhattan bank. Fleeing with his accomplices - his girlfriend Phyllis (Geena Davis) and best friend Loomis (Randy Quaid) - things seem flawless at first, but tensions rise when again and again fate conspires to prevent their escape.