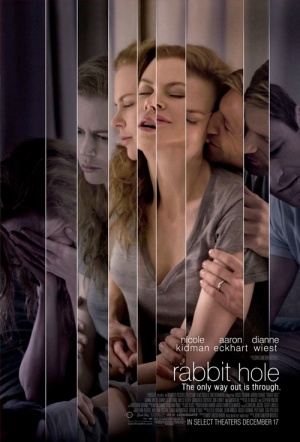 Drama based on the stage play by David Lindsay-Abaire, starring Nicole Kidman and Aaron Eckhart as a pair of grieving parents coming to terms with the death of their young son.

Eight months ago, Becca and Howie Corbett (Kidman and Eckhart) were a happy suburban family with everything they wanted. Now, their existence lies in the wake of a shocking, sudden loss. Becca hesitantly opens up to her opinionated, loving mother (veteran Dianne Wiest, Hannah and Her Sisters) and secretly reaches out to the teenager involved in the accident that changed everything; while Howie lashes out and imagines solace with another woman (Sandra Oh, Grey's Anatomy).