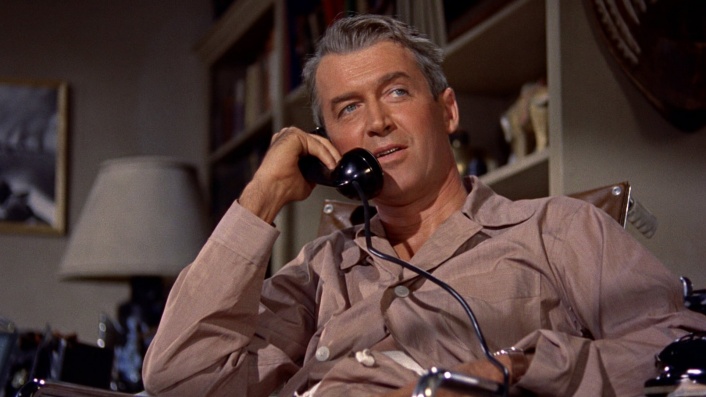 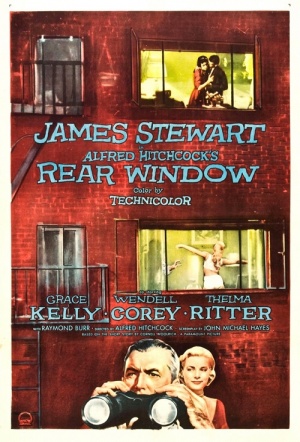 In Hitchcock's 1954 masterpiece, Jimmy Stewart plays a photographer confined to a wheelchair with a broken leg. Bored and stuck in his apartment, he takes to spying on his neighbours. When one goes missing, he thinks murder is afoot.

Despite the warnings of his girlfriend, Lisa (Grace Kelly), and his motherly nurse, Stella (Thelma Ritter), Jefferies uses his binoculars and telephoto lens  to studying his neighbour "like a bug under glass." But looking in from the outside might not be as safe as Jefferies assumes.

Hitchcock combines technical and artistic skills in a manner that makes this an unusually good piece of murder mystery entertainment.

A strangely dream-like quality pervades ... and the implication that what's happening up on screen is merely the projection of the protagonist's anxieties.

Of all Hitchcock's films, this is the one which most reveals the man.

One of Alfred Hitchcock's inspired audience-participation films: watching it, you feel titillated, horrified, and, ultimately, purged.

Its appeal, which goes beyond that of other, equally masterly Hitchcock works, remains undiminished.

Lovingly invests in suspense all through the film, banking it in our memory, so that when the final payoff arrives, the whole film has been the thriller equivalent of foreplay.