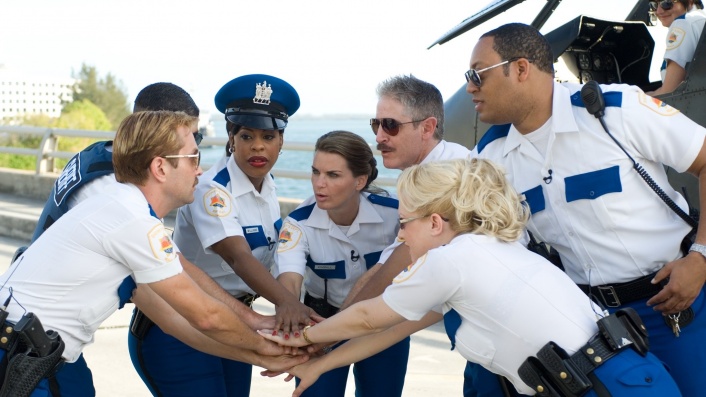 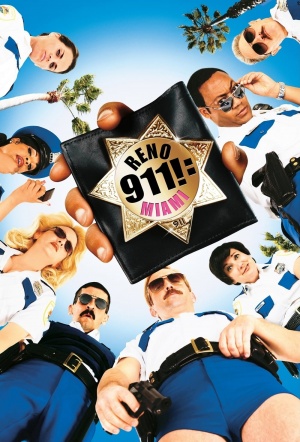 The hilarious Comedy Central series ‘Reno 911!’ makes the leap to the silver screen, directed by series co-creator Garant. The team of ridiculously incompetent police men and women leave their Nevada home for a cop convention in Miami. When the convention is struck by a bioterrorist attack, and the Nevada team is absent, our heroes are charged with protecting Miami. We recommend the trailer.
2007Rating: M, contains violence, offensive language, drug use & sexual themes77 minsUSA
Comedy

It probably cost less than the catering budget of average Adam Sandler comedy and, in its own hit-and-miss scattershot fashion, it's about as funny. At least when it hits...

The humor is lowbrow, but the screenwriters and performers have a sense of pride that makes them strive for stupid jokes that haven't been done before...

While several members of the cast valiantly fill the void where they can, these fish out of water could have made a greater high-definition splash if they had been thrown an occasional line or two rather than counting on inspiration to wash over them...

Whatever the final analysis, Reno 911!: Miami is a welcome breath of fresh air in a year that's already forced audiences to endure the likes of "Norbit"...

If Police Academy was a reality show, this would be the glorious result...

Not funny ha-ha (or at least, not very) but funny peculiar...