Revenge of the Green Dragons 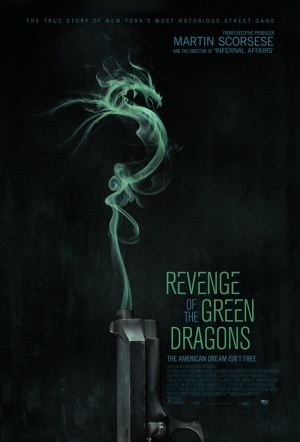 The director behind the hit Hong Kong crime thriller Infernal Affairs and executive producer Martin Scorsese (who remade that film with 2006's The Departed) team up for this true story based in 1980s New York following two immigrant brothers who find a safe haven in a Chinatown gang ‘The Green Dragons’. But when a love affair turns sour, one of the brothers not only turns on the gang who made him but also against his own blood. Stars Justin Chon (21 & Over), Harry Shum Jr. (Step Up 3D) and Ray Liotta (The Place Beyond the Pines).

Revenge of the Green Dragons / Reviews

This crudely made thriller plays like a stilted Cantonese riff on organized-crime cliches, substituting blood and brutality for novelty or insight.

Loo and Lau have borrowed so liberally from sources like GoodFellas [that] they're essentially dressing it in one-size-fits-all gangster-movie clothes.

The bullets and knives fly thick and fast in a way bound to push the buttons of fans of mindless violence, but there's something missing here that keep these gangsters from blasting their way into great tradition of anti-heroes.