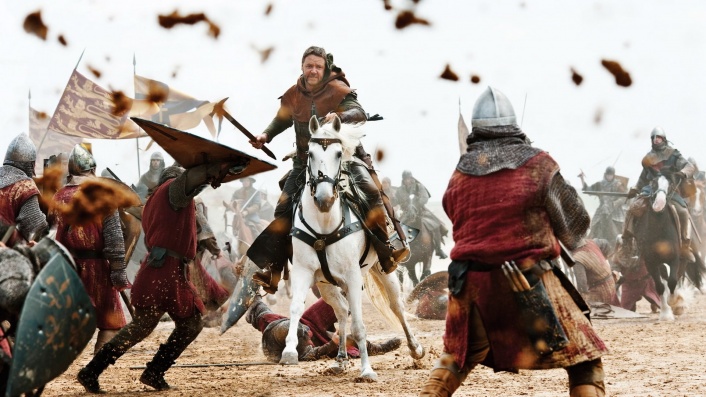 This is a long movie and it feels awful long. This is Robin Hood's story before he became an outlaw. And it makes a fair mockery of history.

For some reason the movie focus on the French trying to invade England after Richard LionHeart came back from Jerusalem and died on his way back to France. Only Ridley Scott failed to explain that Richard Coeur de Lion (his original nickname - later translated as Lionheart in English) was not only French speaking very little English, son of King Henry II of England (also French) and great grand-son of William the Conqueror (French again) but was also living in the Duchy of Aquitaine, in south west... eur France. This took place a century after the French (Franks) conquered Jerusalem during the First Crusade. Saladin led the Ottoman (Turks) to reconquer Jerusalem and that is when the Pope called for a Third Crusade. So while painting Richard "Lionheart" as an Englishman fighting the French seems patriotic to Ridley, it is historically inaccurate. Richard Coeur de Lion although born in Oxford was a Frenchman fighting his French father King Henry II of England, and in order to do so, he made an alliance with the French court and pledged allegiance to King Louis VII. So it was pretty much an all French affair.

Now, that is where it becomes horribly complicated.

Robin Hood fought under the orders of Richard Lionheart therefore he was on Louis VII side against the King Henry II of England. Then, once returning in England, he creates an alliance with Henry the Young King (who betrayed his father Henry II King of England) but who also happened to betray Richard Lionheart. In other words, Robin Hood never fought the French as it is described in the motion picture, he just switched camp whenever suited him. In other words, in true History Robin would be more of a treator than the bad guy of that movie who was in fact the only guy loyal to his King Henry II, if you still follow me.

If you are not fond of History, they are two other major let downs in this movie. First, Robin Hood made use of his bow only twice the whole time. (once to torture a French dude then to kill the treator at the end) The rest of the movie, Robin is using a sword having stolen the identity of a knight in order to save his skin. At this point Robin seems to enjoy his knighthood (and an old Mariane played by Cate Blanchett) while trying to find who killed his real father, a pointless quest that brings only more confusion to the movie. Indeed, he becomes friend with the old man who had his real father killed. The old man in question is 80+ years old which is well worth a page in the Guinness Book Record given we are in the Middle Age and everyone dies in their 40s (bad luck and bad teeth).

The second major drawback is that the infamous Sheriff of Notthingham plays no major role in this prequel, only the role of a buffon who seems to be afraid of his own shadow. It is hard to imagine how the Sheriff could ever become the main bad guy in the sequel, because any little respect Ridley Scott gave him, he took it back almost immediately. Now the good news is: I sincerely doubt Ridley Scott will dare to do a sequel. His movie was so bad it is already available on DVD as a bundle with Gladiator. Hence the reason(s) why this Robin Hood is by far the worst version ever. Atrocious indeed. 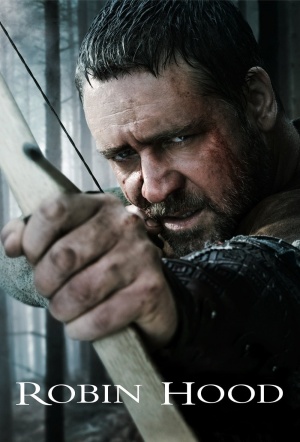