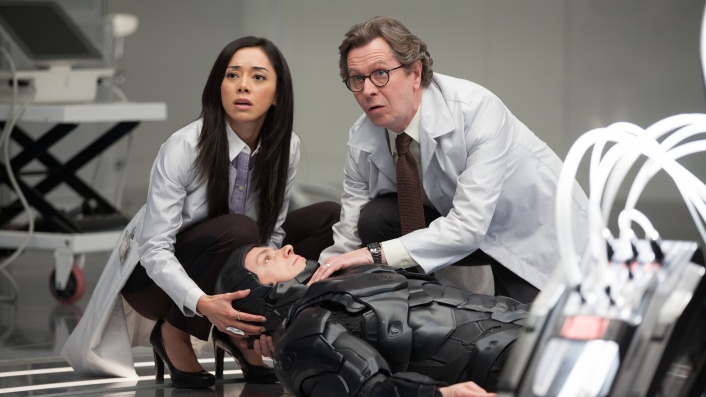 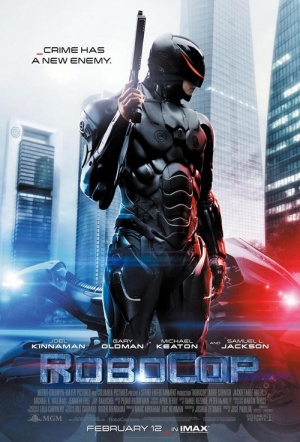 Cop and dedicated family man Alex Murphy (Joel Kinnaman) is the victim of a car bombing and left in a critical condition. But what is a crisis for his wife (Abbie Cornish) and son becomes an opportunity for multinational company OmniCorp, who have made billions building robots and drones for the US military and want to bring this technology to American soil. OmniCorp's CEO (Keaton) expects massive revenue and positive public opinion from turning Murphy into a prototype part-man, part-machine police officer - but the results of putting a man inside a machine prove unpredictable...

Better than it almost has any real right to be, José Padilha’s RoboCop reboot is an example to Hollywood as to how they should be done. Quickly putting distance between itself and Paul Verhoeven’s 1987 original, this RoboCop is a much different beast, and thankfully not in a Total Recall way. Where the latter remake (coincidentally of another beloved Verhoeven pic) annoyingly played up to fans with knowing callbacks in the hope of glossing over constant deficiencies, they’re largely absent here barring the odd line of dialogue, visual reference and welcome inclusion of Basil Poledouris’ stirring score.

It's a less playful enterprise than the original, but meets the era's darker demands for action reboots with machine-tooled efficiency and a hint of soul.

Junking Verhoeven's sledgehammer satire in favour of real-world politics and 12A thrills, this is a slicker, shinier, admittedly inferior affair - but it's by no means a write-off.

The film is not only unchallenging, it seems actively scared of challenging us. You emerge feeling pacified and only semi-entertained.

A deafening, boring action pile-up that is more Call of Duty than Robocop.

This remake of the 1987 dystopian classic has a better cast, more meticulous script and, naturally, flashier effects, but it lacks the original's wit and subversive slipperiness.

Throughout, one character refers to the new RoboCop as 'Tin Man' and to the film's credit, it desperately wants to have a heart. Oh, if it only had a brain. RoboCop (2014) is available to stream in New Zealand now on Google Play and Apple TV.