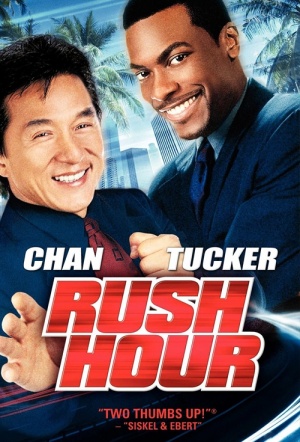 Jackie Chan - the fastest hands in the East - and Chris Tucker - the fastest mouth in the West - form an odd-couple police partnership in this kung-fu action comedy from director Brett Ratner (X-Men: Last Stand)

Lee (Chan) is the pride of the Royal Hong Kong Police, a tough, respected cop who works alone. Detective Carter (Tucker) is the LAPD's worst nightmare: a cocky loud-mouth. The two are thrown together following the kidnapping of the Chinese consul's daughter. Each wants to solve the case on their own while the FBI just wants them to disappear.