Sausage Party was a pretty decent R-rated animated comedy. It's never boring. I got some laughs out of it, but it's not as hilarious as it could've been. I appreciate the shots fired at religion. No spoilers, but the ending is f**ked. Not Seth Rogen and Evan Goldberg's best work, but I enjoyed it. Grade: B-
0 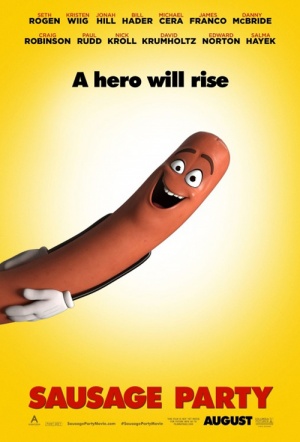