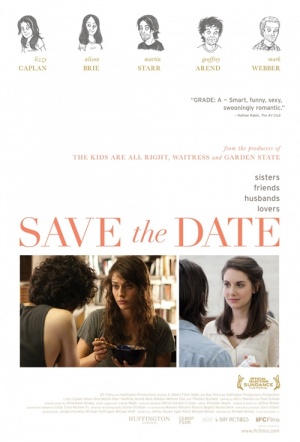 Lizzy Caplan (Cloverfield, True Blood) and Alison Brie (Community, Mad Men) star as sisters in this romantic comedy nominated for the Grand Jury Prize at Sundance 2012.  A young woman (Caplan) examines her own shortcomings after she turns down a hasty marriage proposal and rebounds right into another guy's arms

After an ill-timed and very public marriage proposal, fiercely independent Sarah (Caplan) breaks up with her overeager boyfriend Kevin (Geoffrey Arend). Sarah turns to her sister Beth (Brie) for support, but Beth is too busy obsessing over the details of her own wedding to Kevin's band mate, Andrew (Martin Starr). When Sarah suddenly finds herself caught up in an intense rebound romance with the adorable Jonathan (Mark Webber), she is forced to examine her own fears of commitment and vulnerability.