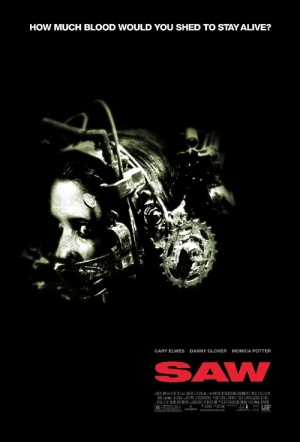 Torture-horror – the first of a seven-film franchise – about two men who wake up in a dingy factory bathroom, chained by their ankles. Their captor is known as Jigsaw, a psychopath who traps his victims in deadly devices and leaves them with two choices: shed their own blood and escape or accept their death.

The inconsistencies and incongruities mar the overall result, but it's a fierce enough premise to excite some investors to believe this team can do better and perhaps even bloodier.

A serial killer movie with attitude, whose visuals look like the world's sickest video game.

As good an all-out, non-camp horror movie as we've had lately.