See No Evil, Hear No Evil 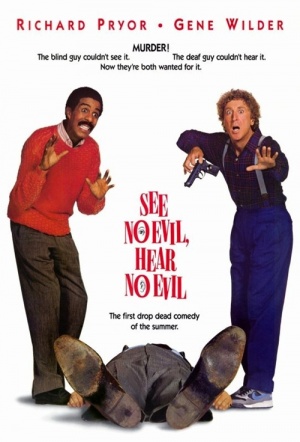 Perhaps the most well-known of the four films to star the comedy gold pair of Richard Pryor and Gene Wilder. Wally (Pryor) is blind; Dave (Wilder) is deaf. Both are 'witness' to a murder and both are accused.

Wally caught the scent of the killer's perfume and Dave got a fleeting look at her legs. The two form a calamitous partnership to clear their names and catch the culprit.
1989Rating: M, contains violence & offensive language204 minsUSA
ActionComedy