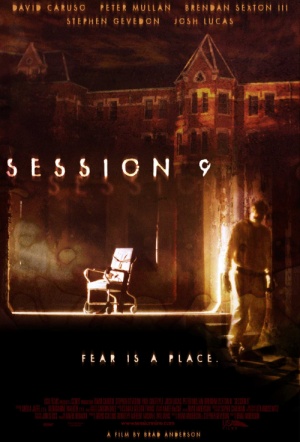 Cult psychological horror, starring David Caruso and Peter Mullan, follows an absestos removal crew working in an abandoned mental asylum where a horrific past seems to be coming back. From the director of The Machinist.

With one week to remove asbestos from Danvers State Hospital, closed for some 15 years, a group of stressed workers experience strange phenomena—disembodied voices, odd sounds, assault. One of the crew becomes obsessed with a box of nine taped hypnotherapy sessions he discovers, audio recordings of a patient with disassociative identity disorder who was involved in an undisclosed event 22 years prior.