Spacehunter: Adventures in the Forbidden Zone 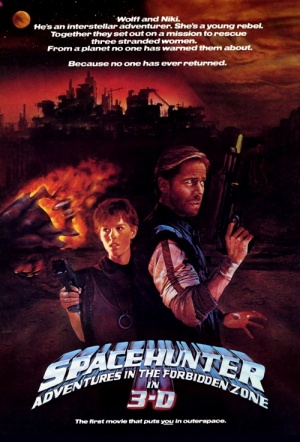 Sci-fi adventure following three women who make an emergency landing on a planet plagued with a fatal disease. They are captured by dictator Overdog. Adventurer Wolff goes there to rescue them and meets Niki, the only earthling left from a medical expedition. Combining their talents, they try to rescue the women. Originally released in 3D.