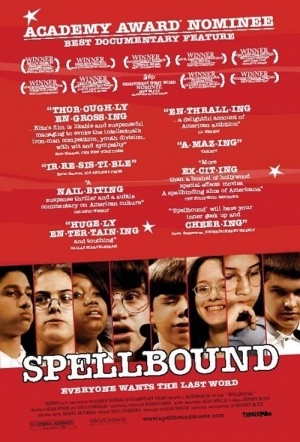 Every spring, the Scripps Howard National Spelling Bee attracts students from all over America and all walks of life. Neil, from California, has spent months training for the event with the help of his parents, computer tutorials, and professional coaches. Self-taught Angela grew up in a small Texas town with her Spanish-speaking parents, who immigrated to America from Mexico. Nupur faces off against three boys from her Florida Junior High, all aiming to make the finals. Ted grew up in a rural Missouri community where his intelligence has made him stick out like a sore thumb. Ashley lives in a housing project in Washington, DC, and has risen to the spelling championships largely through the help of her teachers and her own determination. April comes from a low-income family in Pennsylvania and wants to use the Spelling Bee as a stepping stone to a better life. Emily comes from a wealthy Connecticut family and manages to squeeze her study in between riding lessons and practicing with her choral group. And Harry, from New Jersey, wears his joy and agony on his sleeve as he makes his way through the competition.