I had heard a lot of buzz around this film before seeing it and with an impressive cast I was excited to see it. The subject matter certainly makes it "Oscar Bait".

I thought the film was well paced and had an intensity to it where I felt myself so drawn into the film and what they were doing. I did not know anything about the story other than the jokes you hear about the Catholic Church but the shear scale of how far it went was outstanding and the euphemisms that were used to give the priests leave of absence were incredible.

The cast gave great performances and the direction was great, although it would be easy to bash us over the head with constant exposition the film lets you explore the story and learn with the characters. Something I really enjoyed. Nothing was done to shock you to the overwhelming point.

I loved this film and am glad this is the type of film that will never get a sequel. No "Spotlight 2: Wait, they did it again?" 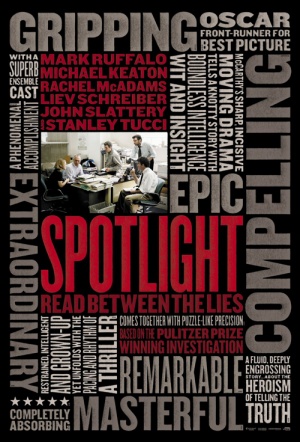