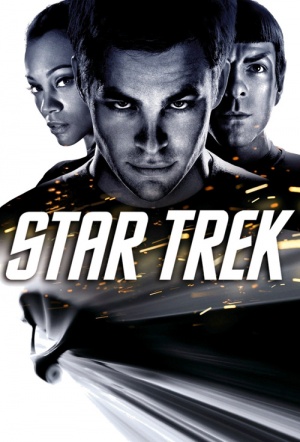 Uber-nerd JJ Abrams (producer of Cloverfield, Lost, Alias) brings us back to the early days of Star Trek, when the Starship Enterprise had that new-car smell and Captain James T Kirk still had acne problems. With a fresh cast, including NZ’s Karl Urban and Simon Pegg as Scotty, this action-packed sci-fi epic reboots the franchise to the glory days of yore.

Story follows the maiden voyage of the USS Enterprise, and the new recruits' mission to stop an evil being whose mission of vengeance threatens all of mankind. But aboard the ship is a bitter rivalry: James T Kirk (Chris Pine), is a delinquent, thrill-seeking Iowa farm boy, whereas Spock (Zachary Quinto), was raised in a logic-based society that rejects all emotion. As fiery instinct clashes with calm reason, their unlikely partnership is the only thing capable of leading their crew through unimaginable danger.

Boom. Star Trek is back. It’s action-packed, exciting, and visually spectacular – who would have thought that the dying sci-fi series could be resurrected into something this fun?

Blasting onto the screen at warp speed and remaining there for two hours, the new and improved Star Trek will transport fans to sci-fi nirvana.

A revamp everyone can get on board with, from die-hards to those who wouldn’t be seen dead at a sci-fi convention. Buoyant, buffed and with the promise of even better to come, this is the freshest Trek in decades.

This is a boy's own story, as it ever was. And a damned good one.

It has been made by lovers of Star Trek but they are not afraid to give us interesting new twists.

Paced at warp speed with spectacular action sequences rendered brilliantly and with a cast so expert that all the familiar characters are instantly identifiable.

Odd-number curse be gone. The most exhilarating Trek to date marks a new future for Kirk and co. If this can boldly go on to seek out ideas to match its speed and style, a franchise is reborn.

I'll be surprised if I see a better blockbuster this year.