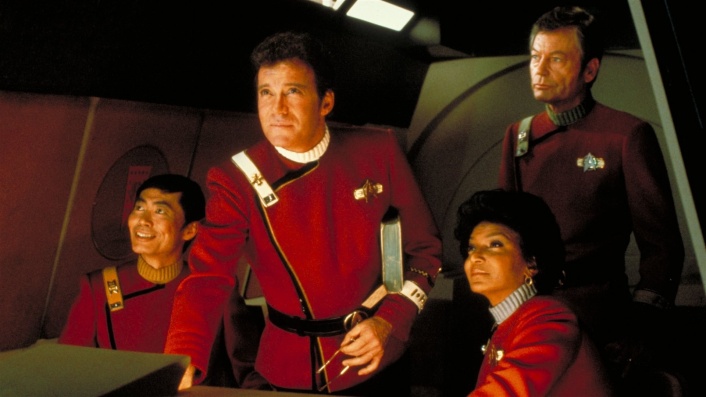 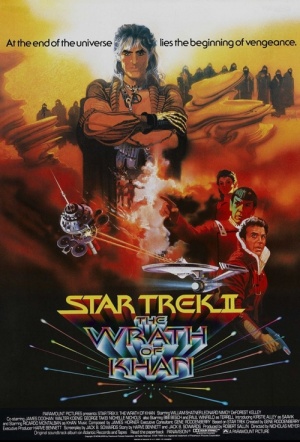 The Wrath of Khan is the second and most critically lauded of the Star Trek films (until their modern reboot).

James T. Kirk, now an admiral, has been 'promoted' to a desk job and is coming to terms with the prospect of ageing. When his former second-in-command Mr. Spock (Leonard Nimoy) and ship's doctor Leonard 'Bones' McCoy (DeForest Kelley) convince him to embark on another USS Enterprise mission, their paths cross with an old nemesis, genetically engineered tyrant Khan Noonien Singh (a villain from the 1966 Star Trek episode 'Space Seed'), who blames Kirk for the death of his wife.

Leading a pack of space convicts, Khan (Ricardo Montalban) has plans to turn the Genesis Project, a terraforming device that creates life-sustaining environments from dead matter, into a devastating weapon and use it against Kirk and his crew.