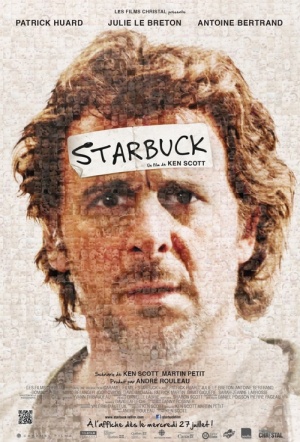 French-Canadian comedy about a 42-year-old man child who is in serious debt, about to lose his pregnant girlfriend and has just discovered that he’s the biological father to 533 children.

While unsuccessfully growing pot to try and clear an $80,000 debt, David's (Patrick Huard) partner Valerie (Julie LeBreton) doesn’t want him fathering their child. To complicate matters further, he finds out that the donations he made to a sperm bank 20 years ago have accidentally been used to birth over 500 babies. A quarter of his offspring have filed class action lawsuits to determine the identity of their biological dad, labelled under the pseudonym 'Starbuck'.

A potent comedy of genetic chaos.

A potent comedy of genetic chaos.