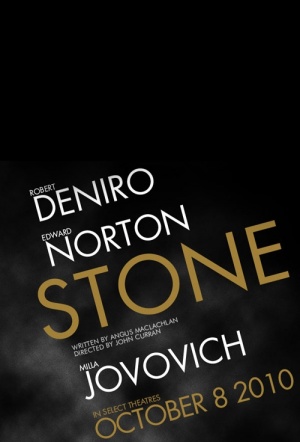 Robert De Niro and Edward Norton play, respectively, a seasoned corrections official and a scheming inmate whose lives become dangerously intertwined in this thriller from the director of The Painted Veil and the writer of Junebug.

As parole officer Jack (De Niro) counts the days toward a quiet retirement, he is asked to review the case of 'Stone' (Norton), an inmate in maximum security prison for covering up the murder of his grandparents with a fire. Now eligible for early release, Stone needs to convince Jack he has reformed. Milla Jovovich (The Fifth Element) is Stone’s casually amoral wife who will "do anything" for him, and appeals to Jack directly. Also stars Frances Conroy (Six Feet Under) as Jack’s devout, long-suffering spouse.