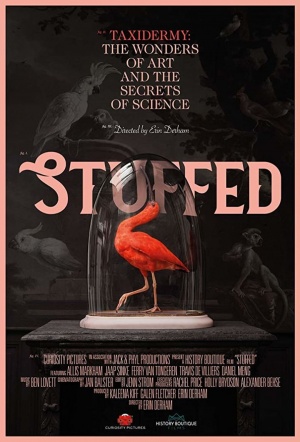 Documentary examines the world of taxidermy, travelling the world to observe the artists and experts whose passion is to permanently preserve animal remains.

"From an all-female studio in Los Angeles to fine artists in the Netherlands, these passionate experts push creative boundaries. The film highlights a diversity of perspectives including an anatomical sculptor in South Africa & a big game taxidermist in Ohio. And, in an unexpected twist, Stuffed reveals the importance of preserving nature, using taxidermy as its unlikely vehicle, and the taxidermist as its wild driver." (South by Southwest)