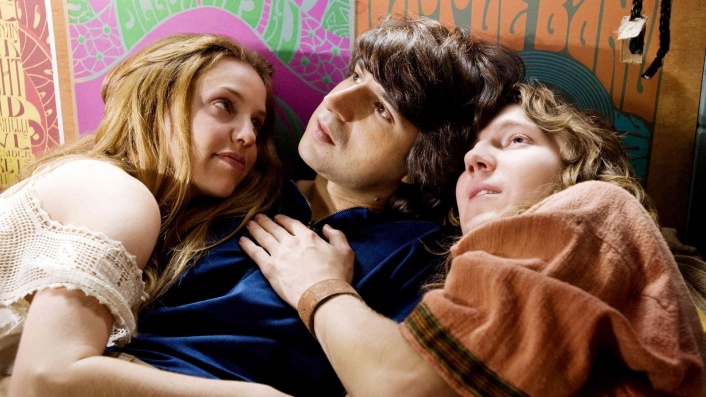 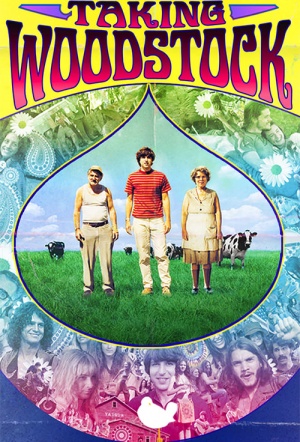 The new comedy from Academy Award-winning director Ang Lee. A 1969-set true story about Elliot Tiber (played by great stand-up comedian Demetri Martin, see him here) who inadvertently played a pivotal role in making Woodstock the famed happening it was.

Working as an interior designer in Greenwich Village, Tiber felt empowered by the gay rights movement. But he was also still staked to the family business – a motel in up-state New York. After hearing that a concert had lost its permit from a neighboring town, Tiber called producer Michael Lang (Jonathan Groff) at Woodstock Ventures to offer his motel. Soon the Woodstock staff was moving into the El Monaco, half a million people were on their way to Tiber’s neighbour’s (Eugene Levy) farm and Tiber found himself swept up in a generation-defining experience that would change his life, and American culture, forever.

Gentle, genial and about as memorable as a mild reefer high, “Taking Woodstock” takes a backdoor approach to revisit the landmark musical weekend through the antics and efforts of some of the people who made it happen.

One thing is for sure, life could never be the same after Woodstock. Ang Lee's film is a hypnotic carpet ride that allows us to understand that - close up and from afar.

A very average movie set against the backdrop of one of music’s most important events of all time. Elliot’s story just isn’t as interesting as everything else going on. If you’re interested in Woodstock, I’d recommend the fantastic doco Woodstock, 3 Days of Peace & Music.

The name Woodstock evokes so many themes in the mind from the 1960s counterculture to the explosion of youth music and sexual liberation. Yet Ang Lee's new film "Taking Woodstock" runs counter to any expectations that a world-class director would plumb the meaning of this transforming event. Instead Lee delivers an entertaining light comedy about a real-life person who somewhat inadvertently helped the whole iconic concert to take place.

If you're after a definitive reimagining of the legendary festival, this isn't it. Taking Woodstock is a little hippy, and a little trippy, but for a film based on a supposedly mind-blowing event, it falls well short.