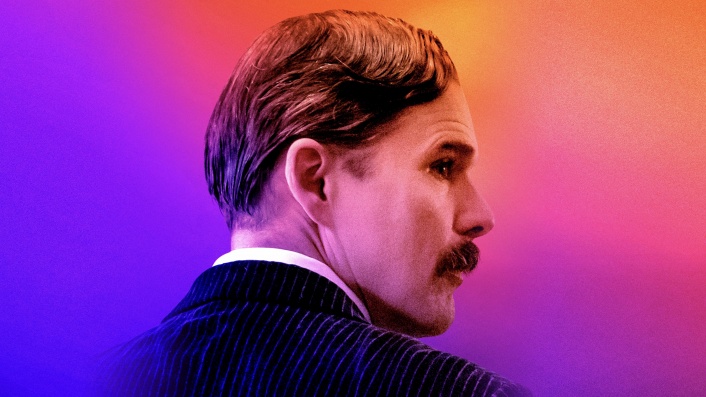 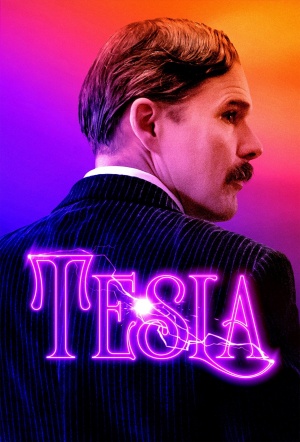 Brilliant, visionary Nikola Tesla (Hawke) fights an uphill battle to bring his revolutionary electrical system to fruition, then faces thornier challenges with his new system for worldwide wireless energy. The film tracks Tesla’s uneasy interactions with his fellow inventor Thomas Edison (MacLachlan) and his patron George Westinghouse (Jim Gaffigan). Another thread traces Tesla’s sidewinding courtship of financial titan J.P. Morgan (Donnie Keshawarz), whose daughter Anne (Hewson) takes a more than casual interest in the inventor. Anne analyzes and presents the story as it unfolds, offering a distinctly modern voice to this scientific period drama which, like its subject, defies convention.

Tesla proves to be a completely liberated biopic, so much so that it's out of reach.

[Tesla is not] especially memorable, which is too bad, squandering... Ethan Hawke, very intense and brooding as Nikola Tesla.

In Michael Almereyda's postmodern biopic of Nicola Tesla, a mesmerizing Ethan Hawke plays the late Serbian inventor who lit the spark for our own wireless world. It's an exhilarating film that roams as free as Tesla's imagination.

Almereyda lays tracks to take Tesla in a dozen wild directions. . . . Yet, having ordered the audience onboard, Almereyda doesn’t go anywhere with the gambit.

It can be a challenge to get on this movie’s frequency, but the strange signals Tesla emits are nonetheless fascinating.

If Almereyda fails to pierce the inventor’s skin and expose his circuity, his gauzy film nevertheless has fun exploring the idea that we’re all wired differently.

The degree to which the Tesla story syncs with Almereyda's abiding fascinations is clear in every frame of this contemplative, questioning, soulfully philosophical film.