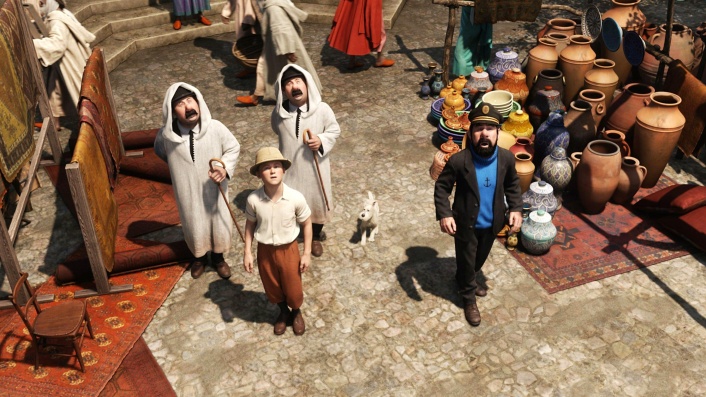 The Adventures of Tintin: Secret of the Unicorn 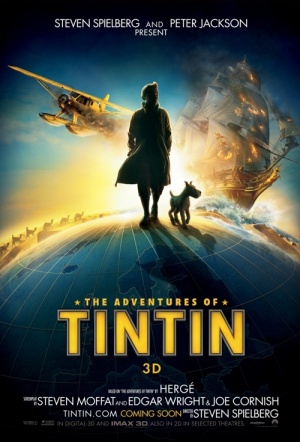 Two giants of cinema, Steven Spielberg and Peter Jackson, team up to bring Hergé's comic book characters to life. The Secret of the Unicorn is the first film in a proposed Tintin trilogy.

Belgian reporter Tintin (Jamie Bell) finds a clue to an ancient treasure that belonged to Captain Haddock's (Andy Serkis, aka Gollum) ancestors. Together, with the help of intelligent mutt Snowy and Detective Thompson and Thomson (Simon Pegg and Nick Frost), they set out on a high seas adventure to recover the family fortune. But on their tail and after the same treasure is the dastardly Ivanovich Sakharine (Daniel Craig).

Tintin uses Weta Digital's motion capture to bring the actors to life. Says Jackson: "We're making them look photorealistic; the fibers of their clothing, the pores of their skin and each individual hair. They look exactly like real people – but real Hergé' people." The story combines elements from three Tintin books: The Crab with the Golden Claws, The Secret of the Unicorn and Red Rackham’s Treasure.

The Adventures of Tintin: Secret of the Unicorn / Reviews

Clearly rejuvenated by his collaboration with producer Peter Jackson, and blessed with a smart script and the best craftsmanship money can buy, Spielberg has fashioned a whiz-bang thrill ride that's largely faithful to the wholesome spirit of his source but still appealing to younger, Tintin-challenged audiences.

Like the 3D, an adventure that’s serviceable but doesn’t reach out and grab you as often as you’d expect. Frenetic to a fault, it’ll divert the under-10s; older viewers may feel there’s not enough lift in the quiff.

Hergé famously said that Spielberg was the only director capable of capturing the unique essence of his creation. That probably remains true. But this film hasn’t done it.

Like the screen Tintin, the movie proves less than inviting because it's been so wildly overworked: there is hardly a moment of downtime, a chance to catch your breath or contemplate the tension between the animated Expressionism and the photo-realist flourishes.

Serving up a good ol’ fashioned adventure flick that harkens back to the filmmaker’s action-packed, tongue-in-cheek swashbucklers of the 1980s, Steven Spielberg’s [film] is a visually dazzling adaptation of the legendary comic book series by Belgian artist Herge.

It evokes Saturday afternoon serials in an age when most of the audience will never have seen one. I was surprised by how much I enjoyed myself.

Think of The Adventures of Tintin as a song of innocence and experience, able to combine a sweet sense of childlike wonder and pureness of heart with the most worldly and sophisticated of modern technology. More than anything, it's just a whole lot of fun.

A visually dazzling adaptation of the legendary – at least outside the US – comic book series by Belgian artist Herge.

Action-packed, gorgeous, and faithfully whimsical: Hergé thought Spielberg the only director capable of filming Tintin. He was onto something.

While it's essentially just another slick Spielberg action machine, it's operating effectively on all cylinders throughout.

The Adventures of Tintin: Secret of the Unicorn / Trailers