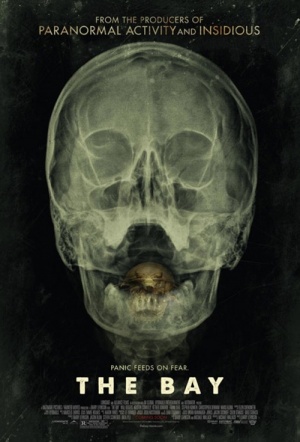 Found-footage eco-horror about a deadly viral outbreak - caused by a mutant breed of parasites and purportedly covered up by the authorities. From Oscar-winning director Barry Levinson (Rain Man).

Two French scientists discover alarming levels of toxicity in the water of Chesapeake Bay, but their concerns are dismissed by the local mayor. Soon a deadly plague caused by mutant parasites sweeps through the population, warping their minds, ravaging their bodies and causing massive casualties. All of it is captured on a collage of recordings including news broadcasts, security camera footage and Skype calls.

Initially planning to make a documentary about the environmental problems of Chesapeake Bay, Barry Levinson becomes the first director with an Academy Award to embrace the found-footage format.