When a wounded Union soldier behind enemy lines ends up in a Confederate girl's boarding school, the staff and students have an intriguing problem in their laps.

The conflict between duty to their own side in the war, mercy for a wounded person and sexual desire drive the women and girls to varying degrees. These conflicts, the existing school hierarchy, politeness and good manners of Southern women, a big old candle lit house, and long dresses mean the film teeters on the border between bodice ripper and sexual farce without coming down on either side.

This is a light romp in long skirts with a frisson of danger, rather than a deep film. 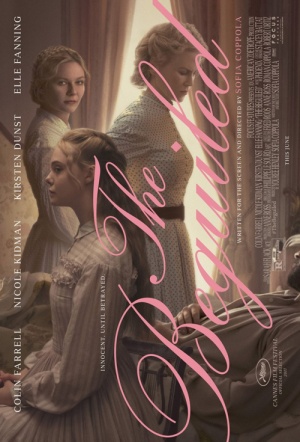