The Blood of Wolves 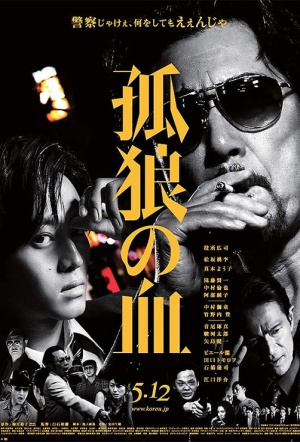 A rogue cop, a by-the-book rookie and a vicious turf war between rival yakuza are the ingredients of this crime thriller set in 1980s Hiroshima.

"It’s 1988 and the streets of Hiroshima are being turned red by yakuza clans slugging it out for supremacy. Rumoured to have mob connections is Ōgami (Kôji Yakusho, 13 Assassins), a veteran detective with more commendations and more reprimands than anyone else at the station. Learning things the fast, loose and blood-soaked Ōgami way is fresh-faced rookie Hioka (Tôri Matsuzaka, We Can't Change the World)." (Sydney Film Festival)