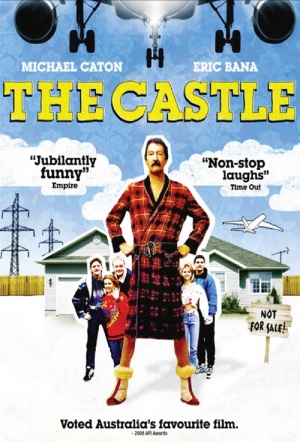 Australian comedy about a family who happily reside near the busy Melbourne airport. But when the Government and airline authorities attempt to force them to leave their home, the family fight for their right to stay, taking the battle all the way to the High Court. Stars Michael Caton and Eric Bana. Best Original Screenplay winner at the 1997 Australian Film Institute Awards.