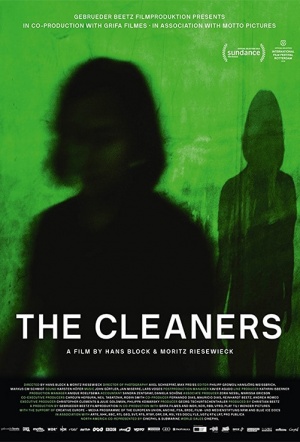 Documentary exploring the controversial issue of internet censorship: from the tech workers employed to delete “inappropriate content” to the users impacted by their decisions.

"In an anonymous Manila office, ‘digital scavengers’ or ‘cleaners’, contracted by Silicon Valley, spend hours deleting what is deemed to be inappropriate images and footage from the internet. They are expected to rate thousands of extreme images, from violent events to pornography, every day. There’s a sinister aspect to their roles, heightened by their anonymity, and that of their employers. Inevitably, viewing an endless parade of abuse takes its toll. It’s not only the Filipino workers who are impacted: when they press the ‘delete’ button, they are changing the way we see the world." (Sydney Film Festival)

The sinister tone it sets early on, with anonymous employees hiding behind monitors, flattens out into petrified despair.

It is the starting point for a wide-ranging examination of complex issues surrounding freedom of speech, censorship and corporate responsibility.

Smart, stylish doc exposes must-discuss issues regarding the companies who dominate the internet.