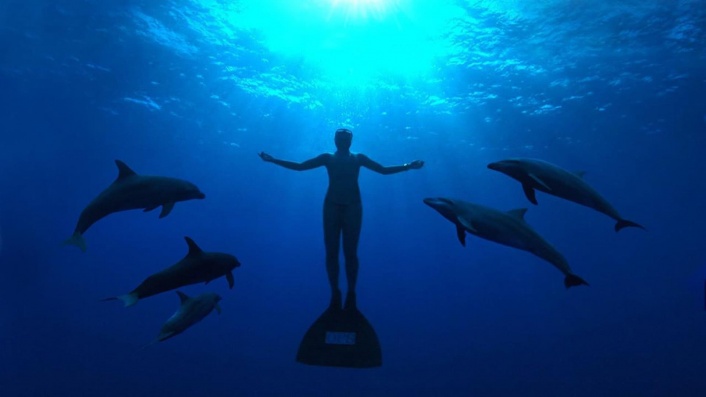 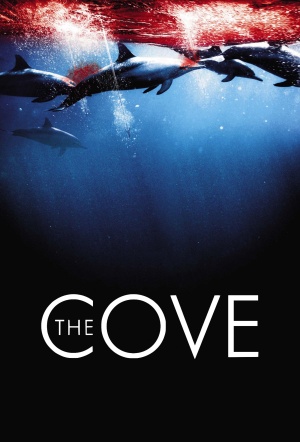 In Taiji, dolphin's are captured for the world's dolphinariums. The grotesque by-product of this already questionable trade is that surplus dolphins are slaughtered and passed off as whale meat in the supermarkets of Japan. The film follows US conservation group Oceanic Preservation Society – equipped and financed to the tune of $5 million by Netscape founder Jim Clark – as it covertly penetrates the massive wall of security around the operation in order to capture the footage that should blow this operation out of the water. Former Flipper trainer Ric O'Barry, painfully aware of the role that TV series had in popularising performing dolphin shows, is an eloquent and moving exponent of dolphin rights and a clued-up commentator on the intransigence of the Japanese and the ineffectiveness of the International Whaling Commission. (Source: NZ International Film Festival)

Eco-activist documentaries don't get much more compelling than The Cove, an impassioned piece of advocacy filmmaking that follows "Flipper" trainer-turned-marine crusader Richard O'Barry in his efforts to end dolphin slaughter in Taiji, Japan.

Like the director's cover story, the movie is a Trojan horse: an exceptionally well-made documentary that unfolds like a spy thriller, complete with bugged hotel rooms, clandestine derring-do and mysterious men in gray flannel suits.

There are many documentaries angry about the human destruction of the planetary peace. This is one of the very best -- a certain Oscar nominee.

The film-makers maintain a relentless pace, frequent confrontations with Japanese fisherman and caricature-like law enforcement notwithstanding. The Cove is outstanding film-making.

A documentary dressed up as a knuckle-whitening thriller.

With a spy-thriller intellect and activist spirit, The Cove is an utterly compelling exploration of the dolphin trade, and the efforts of one passionate individual to tear it down.

A powerful and effective piece of advocacy filmmaking, but it's difficult to watch it without thinking of subtitles like "The Place Where Evil Dwells" or "The Little Town With the Really Big Secret." Which is no accident.

Shot rivetingly by cinematographer Brooke Aitken, who combines digital, night-vision and thermal-imaging formats into a formidable package, the footage is edited tautly by Geoffrey Richman and enhanced measurably by J. Ralph's suspenseful score.