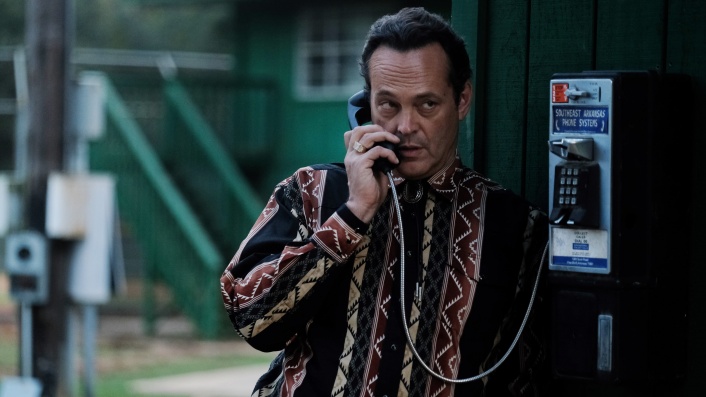 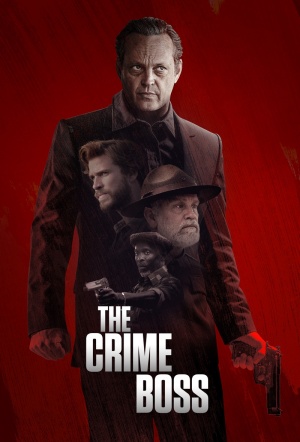 Kyle (Hemsworth) and Swin (Duke) are supposed to be blending in, but Swin finds himself in love with a local girl (Eden Brolin) while Kyle begins to fly dangerously close to the sun in trying to uncover who his boss, Frog, really is. Feeling threatened by the trio, Frog moves to make an example of them.

The Crime Boss was released in the US under the title Arkansas. It's based on the novel Arkansas by John Brandon.

Most of (The Crime Boss)... just falls flat, despite individual scenes here and there that work.

Unexpectedly fun, drawing you through its world of not-very-good-at-this criminals, low-lifes and people who want little more than to just hang about with verve and panache.

Clark Duke’s film takes an unusual perspective on a familiar genre but is weighed down by its dull, uneven pace.

Has a kind of ambling, affectionate weirdness to it.

As a collection of smart-mouthed southern ne'er-do-wells (The Crime Boss) amuses, but as a showcase for colourful 70s menswear, it excels.

(The film) not only squanders some good talent, it's a tragic waste of a fine book.

What doesn’t work so well is the last stretch, which aims at a more mournful, serious tone than relatively breezy earlier events have earned.

The performances in Arkansas—including Hemsworth’s and Duke’s—are excellent across the board. And the script features some wonderfully old-school hardboiled dialogue, like when Her says she likes boys like Kyle and Swin, “Who don’t get hung up on having a long life.”

Leaving aside a hackneyed third-act development, which provides some pathos that isn’t wholly earned, the film’s insistence on keeping the stakes low throughout is probably its key strength.

“I always suspected that I didn’t want the desirable things in life — women, cars, houses — the things people use to chisel out a tidy philosophy of life. I was just as pleased to get drunk or drink a bunch and not get drunk.” If those words speak to you, Arkansas is a movie destination that won’t disappoint.

That kind of gallow’s humor defines the surface tone of “Arkansas,” which often feels like a riff on “Breaking Bad,” only now it’s more about how sad it is to be poor white trash.

Underwhelming, despite a surprising abundance of talent.