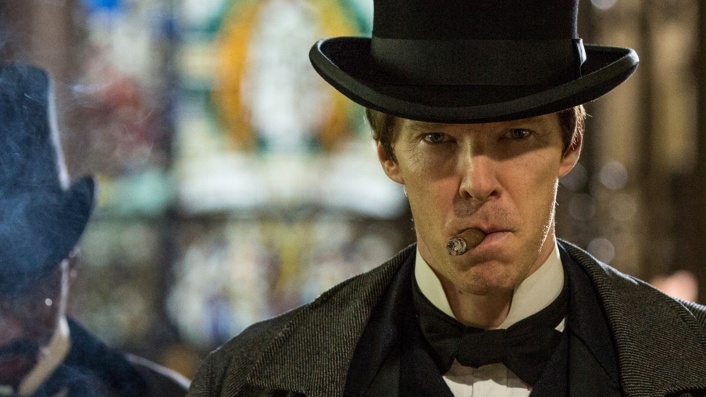 Too much marketing, not enough scientific breakthrough

In my eyes, to really enjoy a film I need to either be emotionally engaged or I need to learn something; educational or emotional; feel or think. There has been enough mucking around during production of The Current War that neither side of the coin gets the execution they deserve. Without going into details, this film was rushed into an early release in 2017 and after failing to make a ripple, the film was shelved for two years until Director Alfonso Gomez-Rejon released a Director’s cut.

Marketing for the film has been rather limited, and that will likely come at the detriment of the audience's expectations. Not through any major faults in the film, but because it involves the names Thomas Edison and Nikola Tesla. There is a lot of information online about the differences between the two inventors, but unless you are well versed on all aspects of the American electrical revolution, that limited knowledge will lead you towards a false expectation of what the film is about.

While Tesla does make an appearance, this story is about Edison and George Westinghouse. While Edison’s light-bulbs are present, this story is about electrical currents that are already known. It is a story about the internal politics between inventors, with very little to do with the actual art of inventing.

What is undeniable, is that the pacing is unstoppable. It consistently moves; the frenetic cinematography from Chung-hoon Chung is overly extravagant but does not allow this film--flooded with dialogue--a chance to stagnate. The pacing, however, doesn’t quite make up for the lack of content, and even reduces the impact of what should have been hugely emotional moments. The moments that would endear the audience with a character (such as a tragedy or loss) are skimmed over, and the aspects of the storyline that pique your curiosity (a.k.a. the more technical elements of the creation of an invention) are almost missing entirely.

The musical compositions by Dustin O'Halloran and Hauschka are epic in many ways, trying to manipulate an emotional response to several scenes that don’t match the score in magnitude. The music goes above and beyond, with such an unnecessary force that it breaks the audience’s connection with the story.

The cast are too perfectly picked. Benedict Cumberbatch plays yet another emotionally cold, but cocky intellectual that thinks he is the smartest person in any room; his performance as Thomas Edison simply a carbon copy of his Doctor Strange or Sherlock Holmes adaptations. Nicholas Hoult is another modest, but brilliantly smart character with good intentions; his Tesla coming off not dissimilar to Beast from the X-Men franchise. Even Michael Shannon is another powerful and domineering antagonist, whose Westinghouse shares many similarities with Man of Steel’s General Zod.

Not all acting performances can be tarred with the same brush, though. Michael Shannon—while initially a shaky rendition—does warm into the role, and has one of the only well-executed character development arcs in the story, helped by a solid supporting performance from his in-movie wife Marguerite (portrayed by Katherine Waterstone).

When The Current War gets things right, it evokes such a strong sense of wonder, and there are certainly moments throughout the films 107-minute run time that meet that requirement. Edison’s monologue about finding the right filament, Westinghouse’s determination for the highest quality product, Tesla’s unconstrained genius. These are the elements that hook you in and make you want to see more. Alas, they are only a tease of what the film could have been with a stronger script and fewer typecast actors. 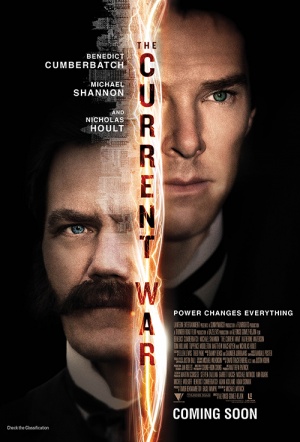