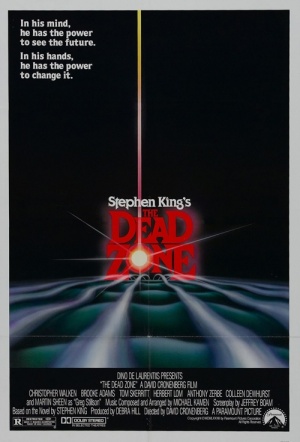 Christopher Walken leads this 1983 David Cronenberg thriller based on Stephen King’s novel about a man who awakens from a five-year coma with a psychic ability to see into the future. What appears to be a gift is in fact a curse when his visions escalate in severity and he embarks on a plan to stop them coming to fruition.

A well-acted drama more eerie than terrifying, more rooted in the occult than in sheer horror.

The Dead Zone does what only a good supernatural thriller can do: It makes us forget it is supernatural.

It has some of that episodic ‘compressed miniseries’ feel which a lot of King pictures get stuck with but still manages a lot of powerful material.