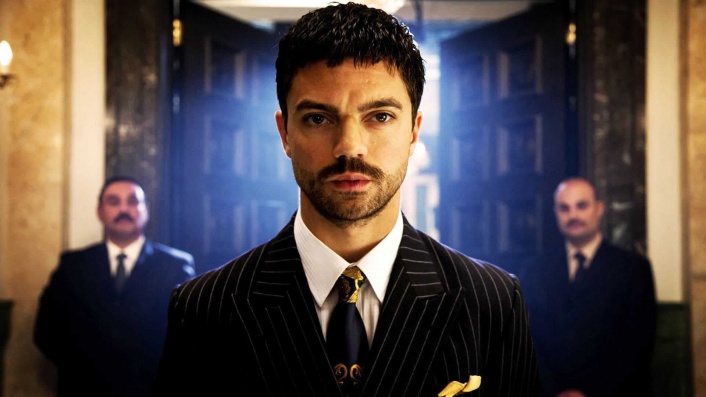 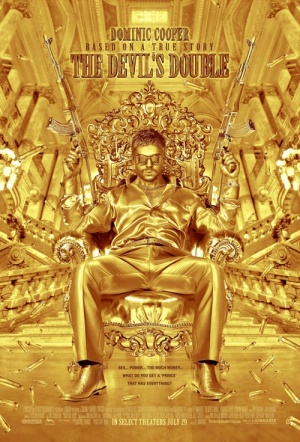 Kiwi director Lee Tamahori (Once Were Warriors, Die Another Day) helms the true story of the body double to the notorious Uday Hussein. Stars Dominic Cooper.

Based on a true story of money, power and opulent decadence, The Devil's Double delves deep into the lawless playground of excess and violence known as Baghdad, 1987. Summoned from the frontline to Saddam Hussein's palace, Iraqi army lieutenant Latif Yahia (Cooper) is thrust into the highest echelons of the 'royal family' when he’s ordered to become the 'fiday' – or body double – to Saddam's son, the notorious "Black Prince" Uday Hussein (also Cooper), a reckless, sadistic party-boy with a rabid hunger for sex and brutality.

It’s as the manic, mercurial Uday that Cooper shines – so much so that the film seems at times to be revelling uncomfortably in his raping and pillaging antics.

This is a movie too enamored of its own tawdriness, turning every violent act and violation into gratuitously salacious grindhouse set pieces.

The movie is above all entertaining, if you enjoy human grotesquerie and flamboyant acting. Let's face it: Many of us do. There's a reason Hannibal Lecter remains the most popular villain in the movies.

It's hard to believe that The Devil's Double doesn't intend to be a put-on. Despite a real-life basis of its plot, Lee Tamahori's fierce depiction of hedonistic Saddaam Hussein spawn Uday Hussein relegates the character to a farcical cartoon.

Undeniably fascinating as a visit to a world you'd never have wanted to have come near in real life -- that of the Hussein family's inner sanctum -- the film falls crucially short by not providing a window into the mind of the man who was coerced into acting as his double.

A blistering, brutal Iraqi Scarface. You do wonder what the point of it all is, but Cooper is fantastic. Twice.

In keeping with the flamboyant clan of despots that were the Husseins, the drama is ultraviolent and over the top and made absolutely mesmerizing by Dominic Cooper's electrifying turn in both roles.

Dominic Cooper is electrifying yet stiff in The Devil's Double; he's simultaneously the film's biggest asset and its greatest flaw.