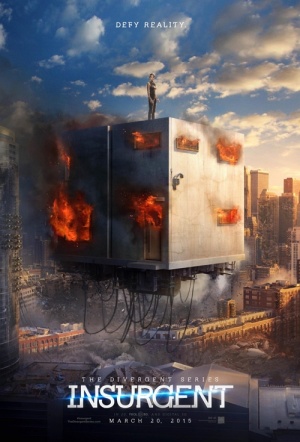 In the wreckage of a futuristic Chicago, Tris (Woodley) attempts to find her comrades while living life on the run as a fugitive alongside Four (James). With Jeanine (Winslet), leader of the elitist Erudite faction, closing in on them, Tris must discover what her parents died to protect. But Janine isn’t the only one catching up with Tris – the truth of the family’s past closes in on her too.

To the casual moviegoer, it was almost impossible to discern what set Divergent apart from its YA-inspired brethren – it was as generic as movies come.

Considering that Insurgent is meant to represent the series’ great civil war, it all comes across feeling like a tempest in a teapot...

Kate Winslet as the villainous, power-hungry, ice-cool blonde is the best thing in this overlong sequel...

What a waste of Shailene Woodley the Divergent franchise is turning out to be.

It plays like a listless mash-up of every Young Adult franchise movie you’ve ever seen...

There’s no question that the feature is a leaner, meaner affair than its predecessor.

Once you swallow the giant pill that is the premise, it just about makes sense, and Woodley sells it with all her conviction.