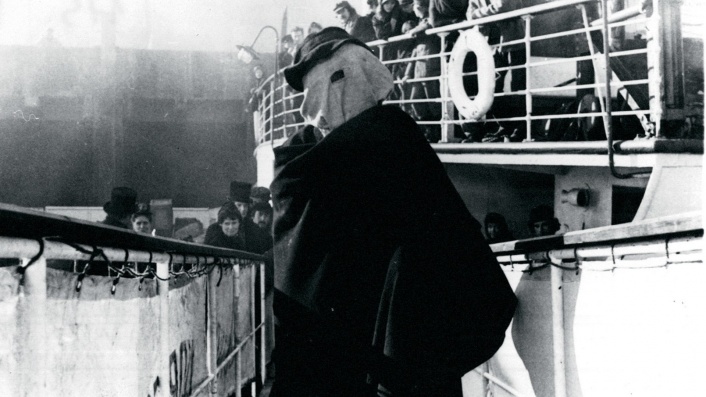 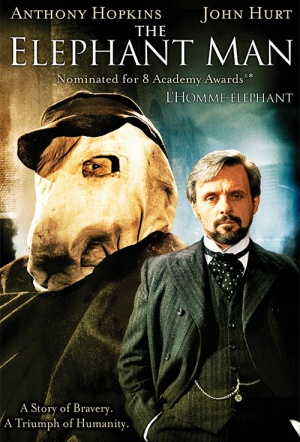 Anthony Hopkins and John Hurt star in David Lynch's film based on the true story of Joseph Merrick, a severely deformed man in 19th century London. Nominated for eight Academy Awards and winner of Best Film and Best Actor (Hurt) at the 1981 BAFTA awards.

Dr. Frederic Treves (Hopkins) discovers Joseph Merrick (Hurt) in a sideshow. Born with a congenital disorder, Merrick uses his disfigurement to earn a living as the 'Elephant Man.' Treves brings Merrick into his home, discovering that his rough exterior hides a refined soul, and that Merrick can teach the British upper class of the time a lesson about dignity. Merrick becomes the toast of London and charms a caring actress (Anne Bancroft) before his death at 27.

The playing is finely judged, the black-and-white cinematography is effective and the whole thing manages to be truly moving in a way that overcomes all the "I am not an animal!" schmaltz.

A marvellous movie, shot in stunning black-and-white by Freddie Francis.

What we eventually see underneath this shell is not 'the study in dignity' that Ashley Montagu wrote about, but something far more poignant, a study in genteelness that somehow suppressed all rage.

I kept asking myself what the film was really trying to say about the human condition as reflected by John Merrick, and I kept drawing blanks.

A very rich film, confident enough in its emotional core to get away with broadstrokes like the villainous performances of Freddie Jones and Michael Elphick as rotten exploiters.