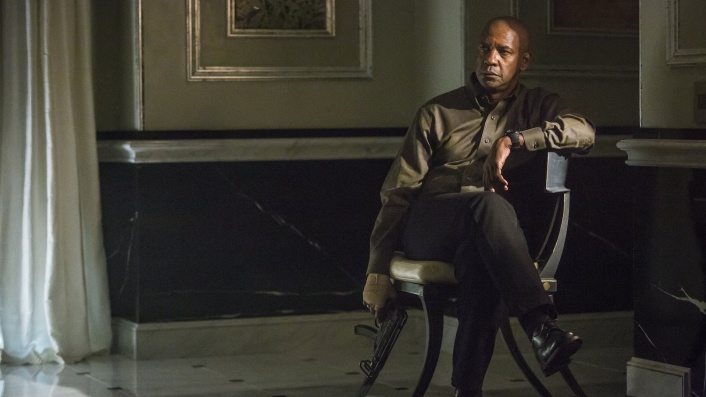 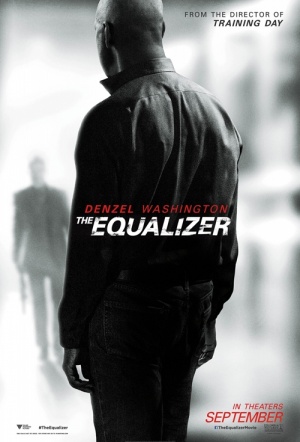 Violent thriller based on the '80s television series, reuniting the director of Training Day with star Denzel Washington. He plays an extremely effective black ops commando who, after faking his death, comes out of retirement to help a young girl (Chloë Grace Moretz, Kick-Ass), pitting himself against Russian gangsters.

For all the swift, savage efficiency with which Antoine Fuqua stages his action, it’s disappointing that The Equalizer isn’t as lean as it could’ve been, plodding at crippling, near-operatic length for what is basically routine exploitation fare. Anyone unfamiliar with the ‘80s Edward Woodward show which it’s based on, fear not - this movie bears more resemblance to the male revenge fantasies that’ve been spilling blood on our screens with increasing, somewhat tiresome regularity of late. If anything, it’s nastier than most studio product, the mood curdling into horror-like grimness that doesn’t let up for large swathes of its running time.

Ponderously overlong and not even half as much fun as it should have been...

A stone-dumb movie, unwilling to allow Washington even a hint of uniqueness.

Fuqua’s film is lacking much of an intelligible plot other than “tough hombre rights wrongs in ways pushing the boundaries of a 15 rating”.

Denzel is so cool, so made of pure nails he can make even the most preposterous action scene feel thrilling. But Denzel's strength is also his weakness.

Fuqua socks over the suspense and action but also takes the time for some quiet, even spare moments to emphasize the hero’s calm and apartness.

Though overstretched and a trifle ponderous, this is a solidly acceptable star vehicle with more than enough righteous vengeance for an evening of classy thrills. The Equalizer is available to stream in New Zealand now on Google Play and Prime Video and Apple TV and Neon Rentals.