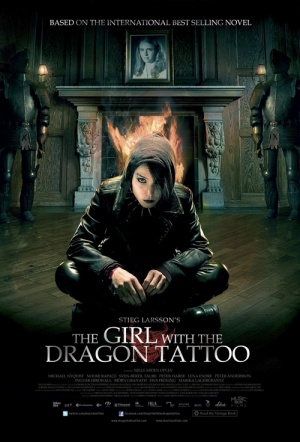 Swedish thriller based on Stieg Larsson's novel about a journalist and a young female hacker. The native title (Män som hatar kvinnor) is Swedish for 'men who hate women'.

16-year old Harriet Vanger disappeared without a trace, on September 29th 1966. Nearly forty years later, a journalist gets contacted by an industrial leader who wants him to write the history of the Vanger family. The family chronicle is just a cover for the real assignment: to find out about what really happened to Harriet.

With more than 10 million copies sold worldwide since 2005, it's no wonder this first novel in the late Stieg Larsson's culty "Millennium" trilogy has made it to the bigscreen so fast, though the pic version is more of an action-light whodunit than a real thriller, and more of a CliffsNotes version than a deeply disturbing portrait of what's wrong with contempo Sweden.