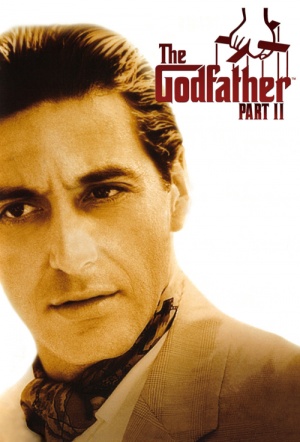 Oscar-winning sequel that tells two concurrent stories: Vito Corleone (Robert DeNiro) flees his home in Sicily in the early 1900s after his family is murdered, and arrives in America to start a new life. Vito struggles to make ends meet until standing up against a local gang member extorting protection money, his first step toward becoming the most feared and respected figure in his New York neighbourhood.

At the end of The Godfather, we saw the full transformation of Vito’s son Michael Corleone (Al Pacino), from reluctant college drop-out to crime boss. Now based in Lake Tahoe, he is expanding the family business beyond New York and into Las Vegas and Cuba. When his allies, and his own family, turn on him, Michael demonstrates just how ruthless he can be.

Part two to Francis Ford-Coppola’s 1972 landmark film, and the first sequel to win an Academy Award for Best Picture.